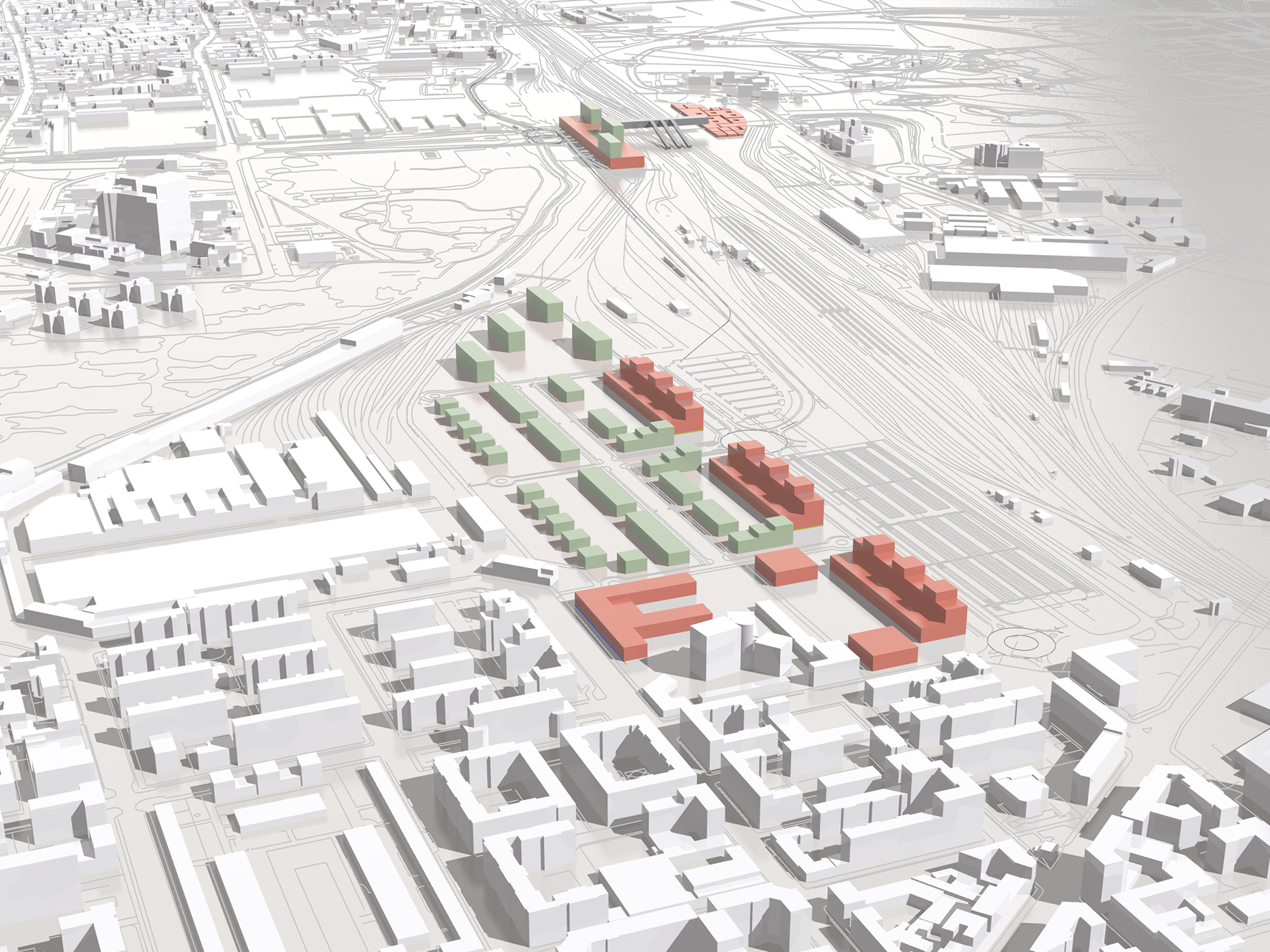 The project confirms the plant already confimed during the Masterplan phase, and assumed as the director scheme of the corresponding POC board, making some non-substantial changes that take into account the market changes occurred in the meantime, as well as the desire to optimize accessibility to the area and to improve the connections with the neighborhood and the neighboring transformation areas. The real estate crisis, the effects of which have not exhausted its push, has advised us to take the most unfavorable scenario in terms of urban planning load (49% for non-residential uses / 51% for residential uses), so as to conform to it the long-term infrastructural choices period, the territorial endowments and the urban standard (in any case subject to revision). The Tanari urban car park has been placed alongside the railway line, moving it as far away from the building as possible. The subsidiary road, downgraded by the PSC, has been redesigned, in the course of its route as well as in its role, as an axis of urban connection that crosses the area, defining a clear entrance to the metropolitan park bordering the Prati di Caprara area. In addition, it was considered appropriate to review the size of the urban links to ensure better cycle-pedestrian access to and from neighboring areas. The real innovative factor of the plan consists instead in having formalized the temporary activation of part of the former railway station (as already prefigured in the masterplan proposal) as a triggering phase of the entire valorisation process of the PUA drafting. It finds in this way confirmation, at least with reference to the national panorama, the will to experiment concretely an innovative "temporary urban planning" which, taking note of the failure of the conventional instruments of land management in a phase of manifest contraction, is called to reintroduce the possibility of active experimentation of existing spaces as a concrete moment of verification of the quality of forecasts, through the involvement of the actors, selections through expressions of interest and / or participatory laboratories. The role of the urban project, in this sense, becomes to constantly mediate between solicitations from the bottom and medium-long term infrastructural forecasts, thus re-establishing a more direct correspondence with the experience gained before the establishment of the Planning, starting from from the second half of the nineteenth century.