STAGE OF THE PROJECTPreliminary project 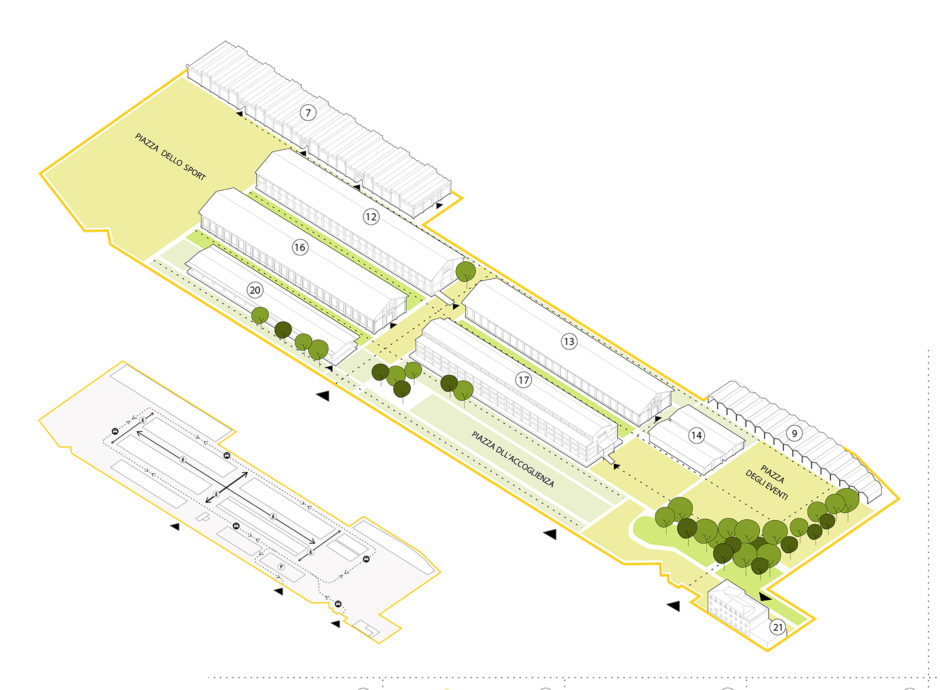 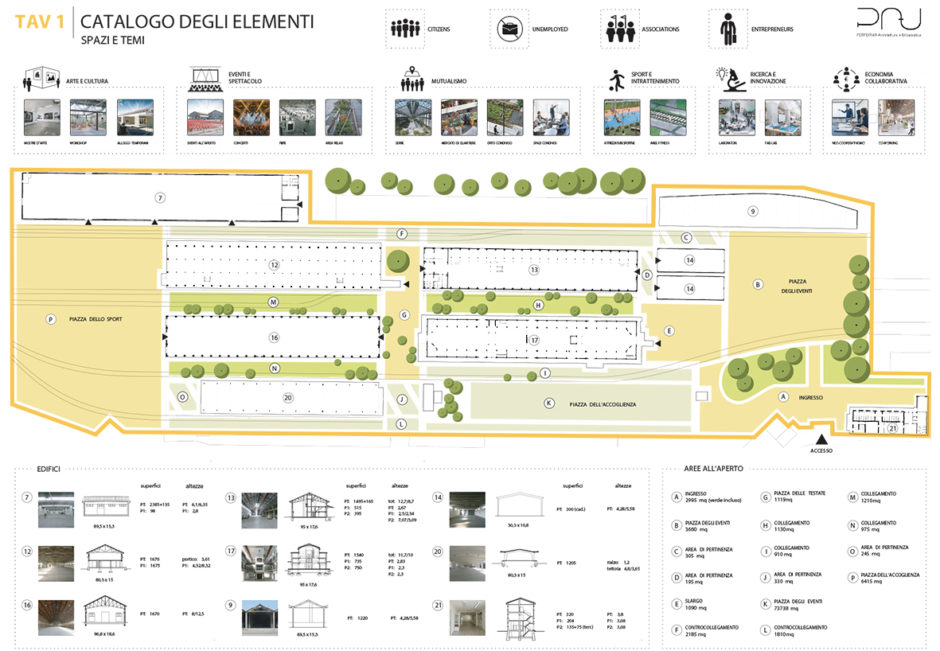 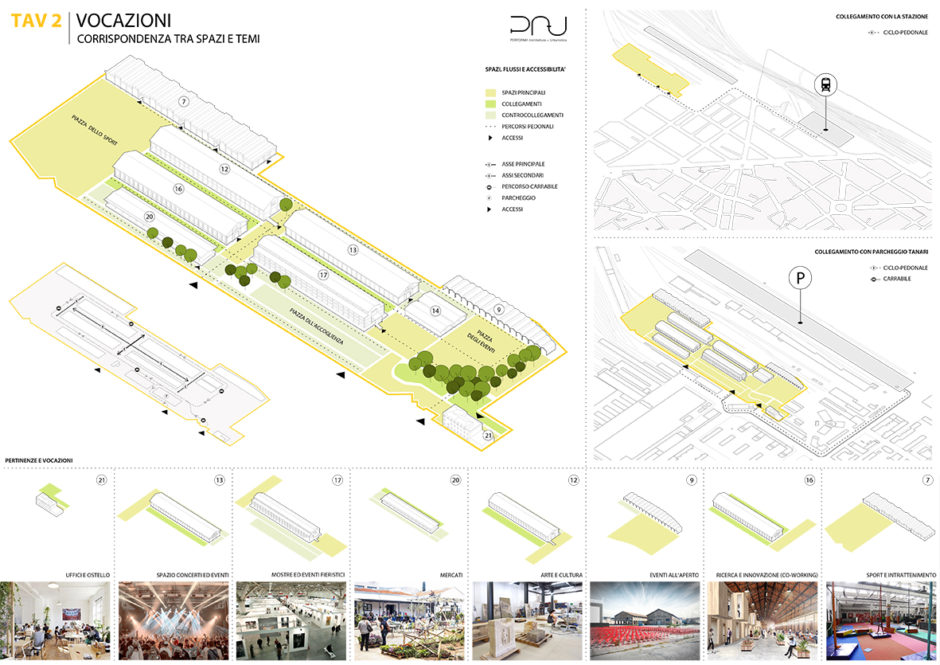 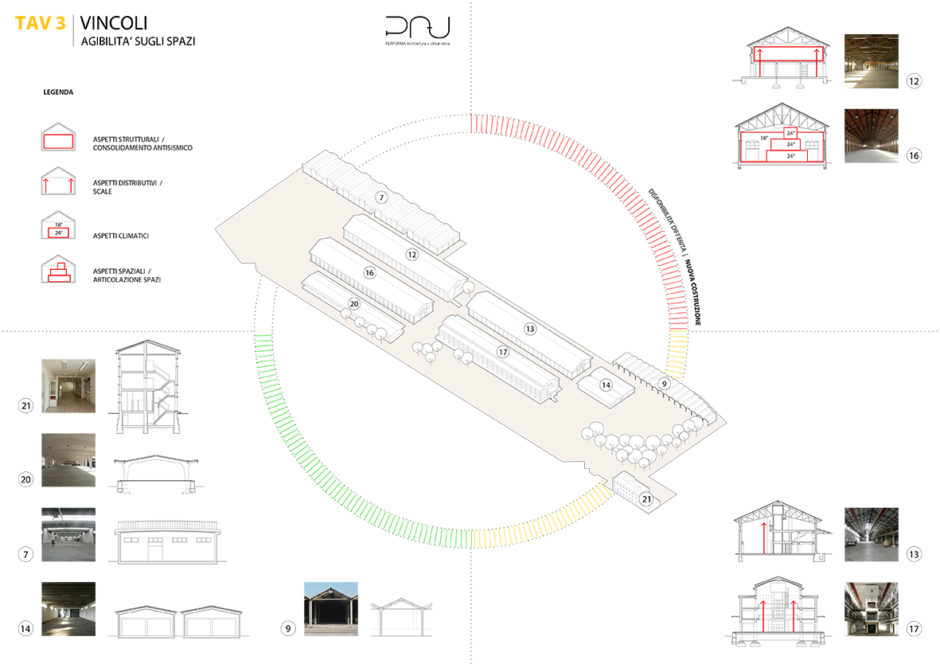 The conclusion of the procedure called by Fs Sistemi Urbani, as owner of the former Ravone railway station, for the identification of the manager, recognized in the Open Group Social Cooperative, on the basis of an onerous four-year lease, coincides in fact with the start of the design phase of the Masterplan. This tool for controlling the transformation of existing warehouses and yards is indispensable to guarantee a harmonious and non-conflictual relationship between the various activities that will take place in the sector. In this way the Masterplan becomes the device that allows to establish a dialogue not only between the members of the DumBO Scientific Committee (an acronym that identifies the area actually assigned in use) but also towards the active various interlocutors in the existing city, preventing the conflict between temporary forecasts and those assumed in the context of the Implementation Urban Plan, of which the Masterplan constitutes the original, at least in the national panorama, phase of activation. To this end, the Masterplan is divided into five distinct documents, which represent levels of increasing complexity of temporary use. The Catalog of Elements identifies the spaces, subjects and activities as fundamental categories from which the regenerative process is gradually activated. The Vocations prefigure some of the possible destinations, drawn from the coherence between objectives pursued by privileged interlocutors, represented through categories; characteristics of the spaces assigned and activities that can be hosted. The Constraints identify, on the basis of a quick survey, the potential for regeneration of the places, based on the relative degree of structural oldness, the plant equipment and the distribution features. Animations allow us to imagine the effective use of spaces based on their intrinsic characteristics through three-dimensional modeling. Finally, the Activations allow to prototype the actual use of the building heritage, deriving incremental knowledge useful for the subsequent development of design strategies.