STAGE OF THE PROJECTImagination Project 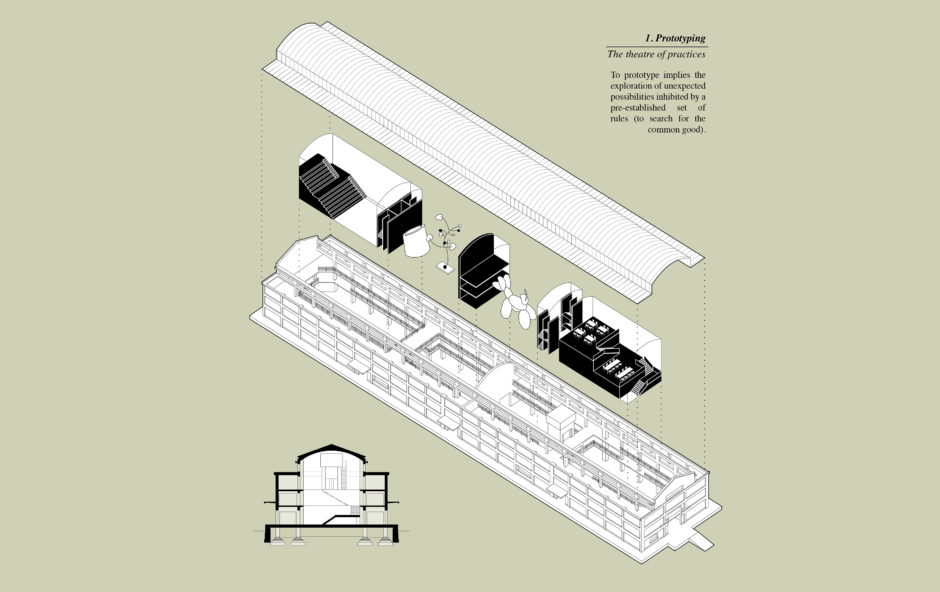 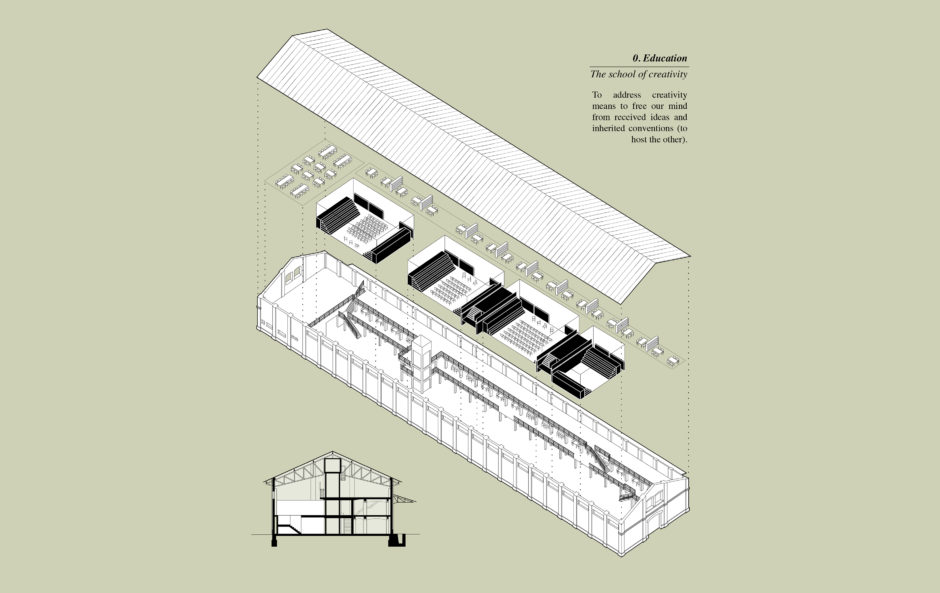 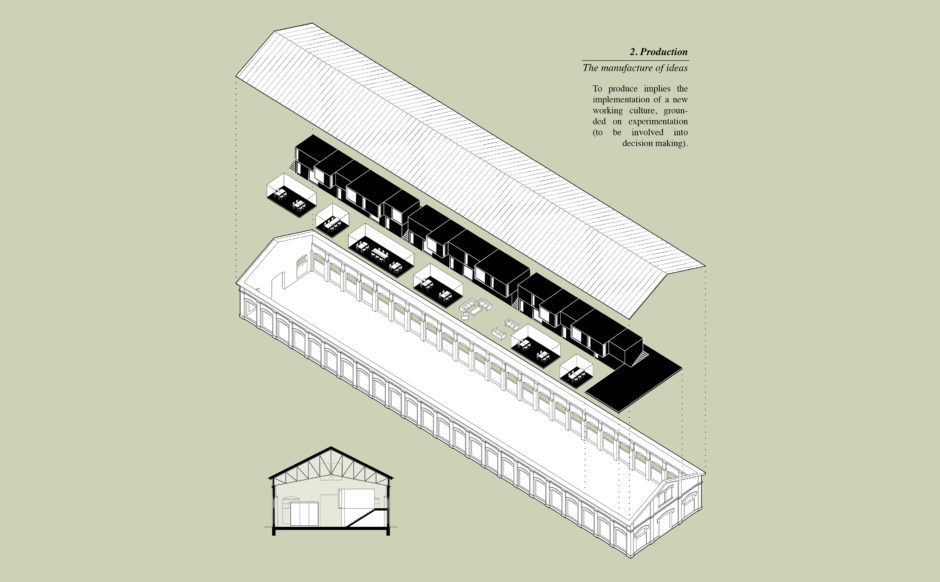 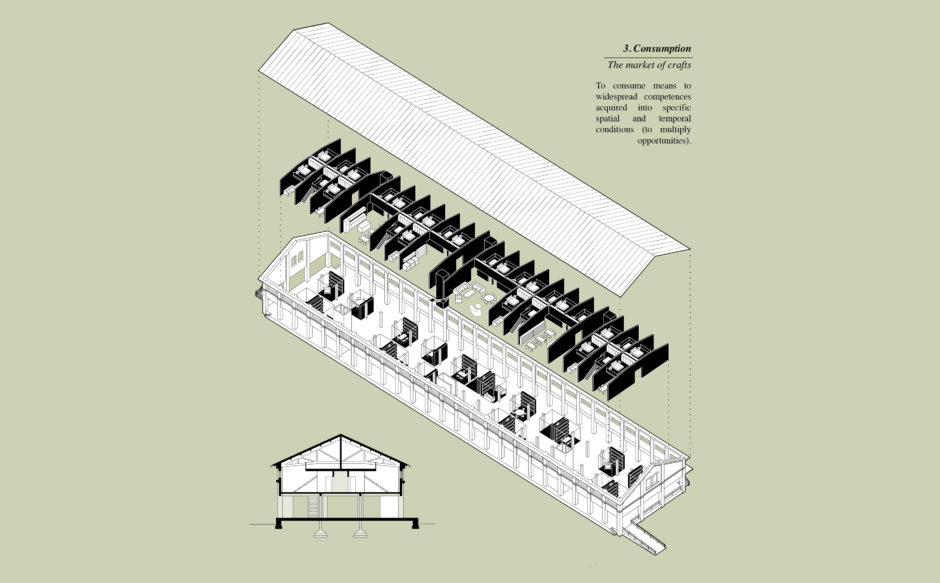 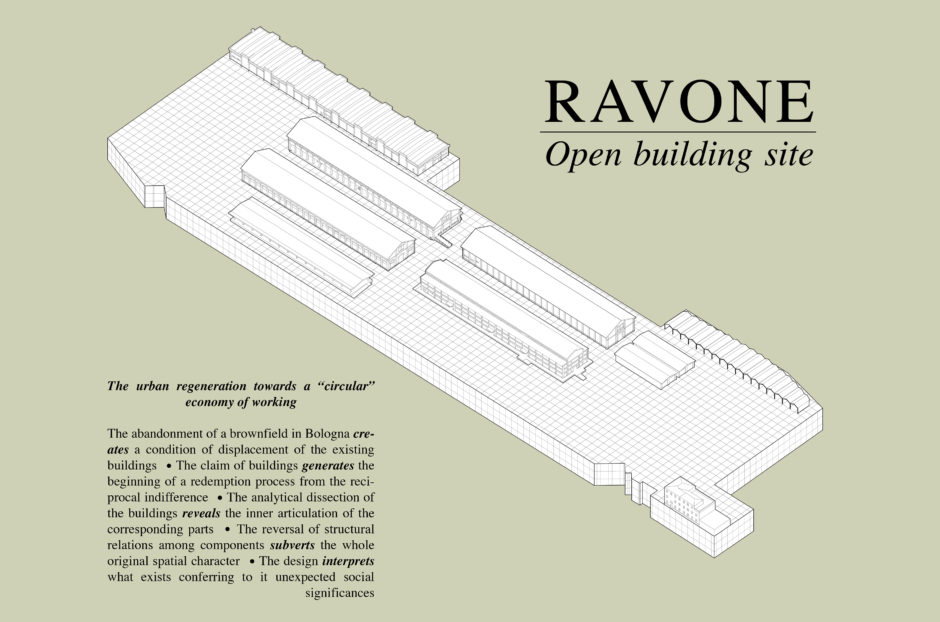 “The city of inclusion” is the title of an invitation-only exhibition curated by Francesco Messina and Laura Zerella at MACRO museum in Rome. The designers are asked to reflect on the urban transformations induced by migratory phenomena and, more generally, by the crisis of globalization processes, through "invention drawings" and "theoretical projects", activating a multiplicity of disciplinary solicitations. PERFORMA A + U study interprets the theme in relation to the regeneration practices of the building heritage, as a striking effect of the dismissal phenomena generated by the mentioned crisis, highlighting the opportunities they offer to rethink the work culture. Thus RAVONE_OPEN BUILDING SITE becomes the title of a "pro-active Manifesto" through which four warehouses of a former railway station in Bologna become soundstages that host an ideal theatrical piece that depicts the relationship between "doing" and "Knowing how to do" in the contemporary city. In this perspective, the city in transition comes to represent the city of inclusion, starting from the assumption that radical innovation requires the preventive release of the energies retained by a system of values ​​of which the city is an active incorporation, through a creative act. This intuition is implicit in all revolutions. The Avant-gardes, for various reasons, have made their own Manifesto. The theme of inclusion is therefore expressed in the area of ​​instability between a world that is no longer and the one that is not yet. The revision of the urban planning instruments and the emergence of new subjects who claim a role in the community that comes, therefore invite to seek inclusion in the areas in transformation. The former railway station Ravone in Bologna, allowing practices of claiming abandoned areas and buildings, allows in this way to reflect on the economic, social, cultural and political renewal of the city, establishing a "circular" relationship between education, prototyping, production and consumption.